We Told You So… 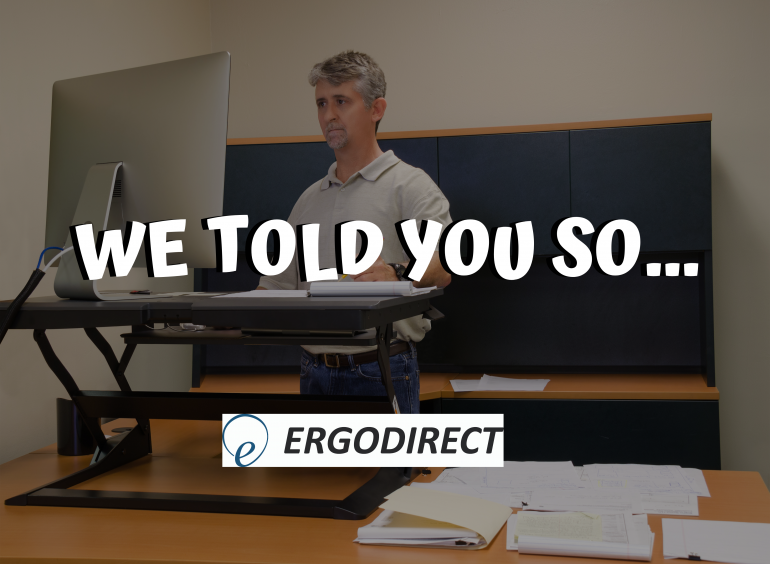 We’ve been talking about the importance of movement and alternating between sitting and standing for some time now.  Some excerpts from our older blog posts

Sitting puts about 50 percent more pressure on your lower back than standing. But people who stand all day often have joint and back pain as well. What to do?

“Moving is life,” says Dr. Alton Ching, OMT, DPT, founder of Advance Physical Therapy in Redwood City, CA. His practice focuses on empowering people to free them of pain. “People often get stuck in their pain, thinking ‘this is the way it is.’” He helps his clients change that attitude and, where need be, change poor lifestyle choices. He explores the cause of pain, which is often related to the workplace. Inevitably, he says, movement is the key.

A traditional diet and exercise model is not enough to prevent harmful effects of a technology-driven and sedentary lifestyle.  A series of frequent, low-intensity, gravity-defying movements are more effective at keeping obesity, heart disease, diabetes and cardio-vascular problems at bay rather than – say exercising three to five times a week in a gym. So perpetual motion is very important.

Several studies have verified the hazards of sitting for long periods of time at workplace. Recently the same concerns have been raised about students sitting for long time in the classrooms.

If you are standing all day at work, sit down and give your back a rest. If you’re sitting all day, you may want to take a standing/walking break every 45 minutes.

Since we are always on the lookout for news related to sit-stand, a recent video released by Institute for Work and Health, Toronto caught our attention.

This video titled “Sitting or Standing? Which is Best?” stars two researchers who conducted a study on prolonged sitting and prolonged standing each. The sitting study found that people who sit for more than 8 hours a day experience a higher risk of certain types of cancers, diabetes as well as higher chances of dying from these diseases. The standing study concluded that people who have to stand for long periods of time run twice the risk of suffering from heart disease.

Both the researchers conclude the video in an amicable way by saying that the studies are NOT contrary to each other. The ideal opposite of prolonged sitting and prolonged standing is MOVING. Avoid sticking to any one action for prolonged periods of time and pepper your day with movement. Alternate between sitting and standing, move around in office, walk to your colleague’s desk instead of emailing, take a walk at lunch time, take stairs instead of the elevator.

We told you that, isn’t it?

How To Choose Workrite Keyboard Trays 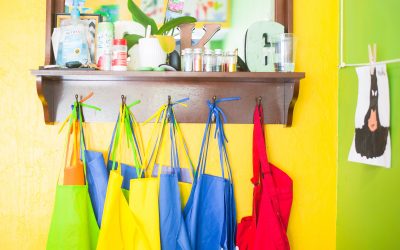 Setting Up a Remote Learning Workspace for Kids 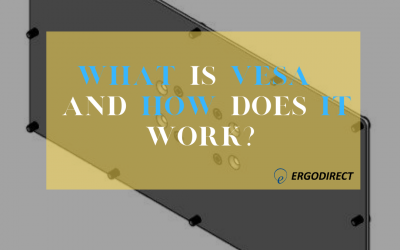 What Is VESA And How Does It Work? 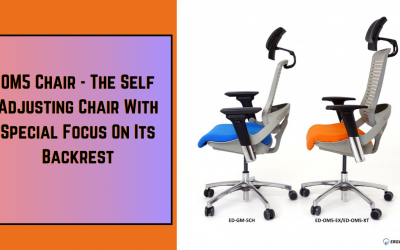